The INFP is a rare criminal—quiet, unassuming, and kind-hearted as they are. But make no mistake: they are capable of evil worthy of a supervillain if the conditions are ripe. Though their devilry is not what you might think. They do not seek power, wealth, or fame, as many villains are prone, rather, like many NFs, they seek to promote their ideals in a world raw with detriment. Such is the case with Harry Osborn in the Amazing Spider-Man 2. 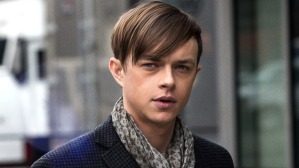 INFPs often feel out of place within their families—and underlying sense that they are different and don’t belong. Harry feels much the same way when it comes to his own estranged father, Norman Osborn, the cut-throat, business savvy entrepreneur and CEO of Oscorp. Even on his deathbed, Norman treats Harry with callous venom, seeming almost joyful when informing him of his rare condition, ‘Retroviral Hypodisplasia,’ a genetic disease he passed to Harry that slowly turns the skin a demented shade of green and sucks the life from the inflicted.

Despite his father’s frigidity, he still, in a twisted way claims he cares for Harry, and upholds that Harry will be his successor. So, when Norman dies, Harry is thrust into his father’s former position as CEO of Oscorp, a responsibility he feels all but comfortable assuming. His mind wages war with itself. Must he be the beast his father was, or does stay true to his own nature? In the end, he chooses the former. He has a company to run, a responsibility. And so he falls victim to the pitfall a poorly developed INFP may be prone: imitation. He puts on the mask of his father, appearing decisive, brutal, and controlled. Yet his act is a weary task, and when Peter Parker shows up at his door to offer his condolences, Harry finds it difficult to stay in character. At first, he responds with ice, trying to maintain his façade even in the presence of an old friend. Eventually, his cold exterior melts away after a few minutes with Peter and the two are laughing and joking, bonded as mutual orphans, Peter reminding Harry that it was the caring support he offered when they were young helped him through the death of his own father.

Harry, is uplifted by the presence and support of his friend, and feels a renewed sense of hope so akin to the Idealist. After talking with Peter, he believes a cure is out there, and that Spider-Man’s blood holds the answer. Not only that, he is certain the hero will help him; that good will ultimately win out. But when Spider-Man refuses to help for fear it may cause Harry harm, Harry is devastated.

When an NFs ideals are challenged, cynicism might set in. When they are crushed, darkness may seep into where the light once dwelt.

This cruel reality sets in for Harry: he can trust no one but himself. The gnawing fear pulling at the back of his mind breaks through and he resorts to drastic measures. He breaks Electro free from his watery prison and the two set out for vengeance against not only his coworker, but Spider-Man himself.

Eventually, Harry obtains a sample of spider venom, and true to Peter Parker’s prediction, the venom has violent effects on Harry’s already damaged psyche. He is cured, but transformed from unstable to deranged, fearful to brazen, good at his core to wicked, to perhaps Spider-Man’s greatest foe. He is the Green Goblin.

In conclusion, popular culture rarely portrays the INFP as evil. In fact, the majority of heroes tend to be INFPs. However, every once in awhile, one might slip into the shadows as Harry Osborn did. If you want to read about an INFP hero, check out my post on Mulan. If you have any suggestions on types you’d like to see discussed, feel free to comment below. Please subscribe and like!

iNtuitives and Sensors: Dragon vs Pegasus »
« ENTP Villain: The Joker